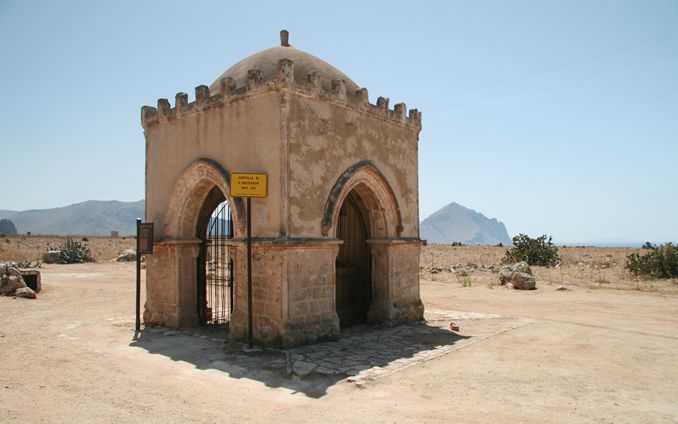 In the beautiful and picturesque town of San Vito Lo Capo, among countless tourist attractions and splendid scenery, is the Chapel of Santa Crescenzia. The pretty square building was built in the thirteenth century in honour of the nurse of Saint Vito, Santa Crescenzia (Saint Crescentia), in fact, it is said that she died in the place where today the chapel of the same name stands.

Legend has it that the Saint had the power to remove fear from people when they threw a stone into the chapel (removing fear or 'u scantu' as they say in Sicilian). The Story of Santa Crescenzia has multiple versions, many of which are dipped in myth and folklore and refer to ancient miracles and magical powers.
One of these stories says that Santa Crescenzia, after turning to look at her city while it was being razed to the ground, turned to stone inside her chapel.

The structure was built by the Arabs but has been influenced by various ethnic groups: in fact we can see elements referring to Gothic and Norman cultures. Initially used as a meeting place for pilgrims, it later became a veritable fortress-lodge (around 1400).

The chapel of Santa Crescenzia has always had a great religious following so much so that today many tourists and locals go there to visit and pay homage.