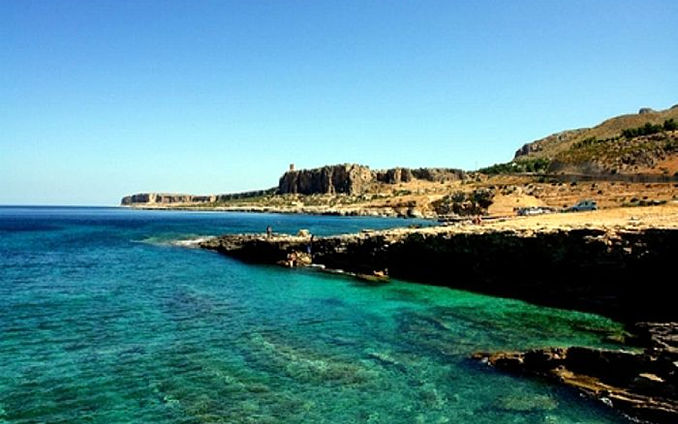 Custonaci is a town in the province of Trapani, which has about 5000 inhabitants. It was established around thirty years after the fragmentation of the large town of Monte San Giuliano, and was the first territory to become independent in the agro-ericino (the countryside around Erice).

Custonaci is a thriving town, which has as its main economic activity in the extraction of marble, especially the highly prized "Perlato di Sicilia" of Custonaci. In the area there are about 200 marble quarries and this material is exported to a number of countries, especially the Arabian Peninsula which is the main patron of the fine material. Custonaci is rightly considered to be the second most important marble basin of Italy and its marble is present in several monuments of great artistic importance, and to a lesser extent in the Vatican Basilica of St. Peter.

In addition to the extraction of marble, in recent years in Custonaci has developed good tourism thanks to the seaside resort of Cornino, the Reserve of Mount Cofano and the feast of Our Lady of Custonaci, held on the last Wednesday of August and attracting thousands of pilgrims from all over Sicily. The devotion to of the Madonna of Custonaci is strongly felt not only in Custonaci, but throughout the province of Trapani. On August 26, 2009 the painting of the Madonna was returned to the annual procession is back after 73 years. History tells us that the painting was donated by a French ship, which took refuge in the Gulf of Cornino after escaping from a storm.

Deseasonalisation of tourism also takes place in Custonaci, because in the month of December, at Baglio Scurati in the Mangiapane Cave the famous Living Crib of Custonaci, which has achieved a certain importance nationally, is staged.