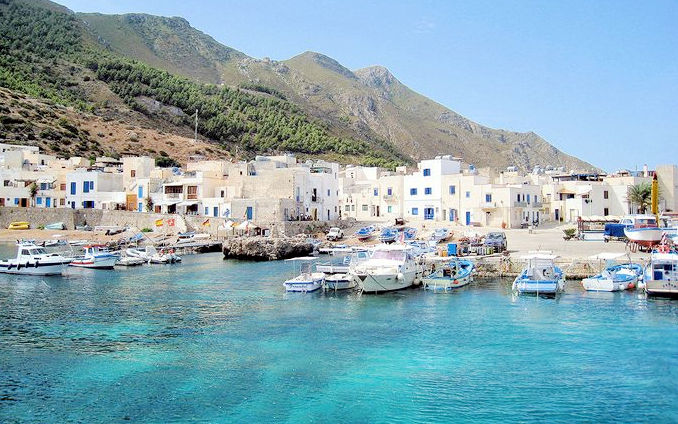 Marettimo is the most distant of the Egadi Islands and, like Levanzo from an administrative point of view belongs to the municipality of Favignana.

Formerly it was known by the nickname of Iera, which means "Sacred". Later this name was added to Maritime, and scholars argue that the origin of the name is to be found in the abundance of wild thyme, which grows on the island.

In winter Marettimo is inhabited by no more than 700 residents, but in summer, Marettimo like all the other surrounding towns, has learned to overcome the traditional isolation and distrust towards non residents, showing great hospitality.

For many years the traditional isolation of Marettimo helped preserve a beautiful landscape of flora and fauna, which in the rest of Sicily have almost disappeared.

Marettimo covers about 12 square kilometres and is not only the most mountainous island, with the highest point represented by Mount Falcone, but is also the richest in wooded areas. There are also thirty sources and about 400 caves, both emerged and submerged. Marettimo represents a formidable and fascinating tourist destination not only for those who love the sea, but also nature in general, art and archaeology. There are indeed several monuments on the island such as the plateau of "Case Romane" - "Roman houses" and the Byzantine church that was recently reopened for worship.