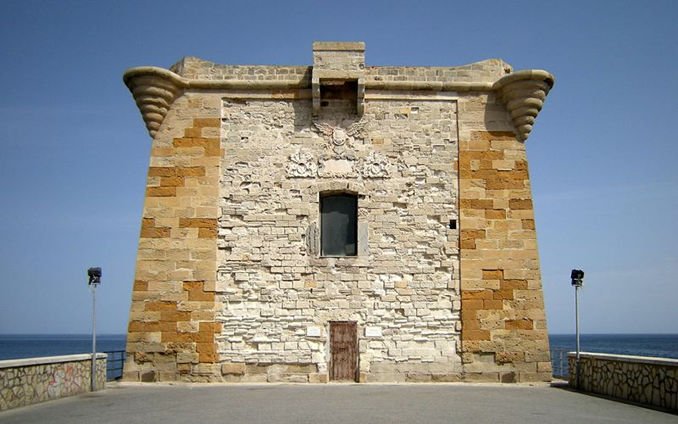 One of the most characteristic monuments of the city of Trapani is the Tower of Ligny, which was built as a watchtower in 1669 by the Spanish, who in the seventeenth century dominated the coasts of Sicily, to defend them from sieges by the Turks.

The Tower of Ligny takes its name from Don Claudio La Moraldo, Prince of Ligny, who was a Spanish viceroy sent by the government in Sicily to organise more appropriate arrangements for the fortification of the tower due to his considerable war-time experience. After the changes and improvements, the Tower of Ligny was inaugurated in October 1671.

From the top of the Tower of Ligny you can admire the most spectacular corners of a landscape that enchants every visitor, because you can see San Vito Lo Capo, the Egadi Islands, Mount Erice, as well as a wonderful view over Trapani.

Today the Tower of Ligny is owned by the town of Trapani and for years was the home of the Museum of Prehistory and Early History. In 2011 it was given in concession to the association "Euploia-Archaeologia e Beni Culturali", which organizes many cultural and tourist events, as recently the presentation of theCous Cous Day event, which is held every year in Lido Valderice in the days before the mid-August "ferragosto" holiday.

In addition to organizing events, the Tower of Ligny has been converted into a civic museum and exhibits historical and prehistoric artifacts covering all eras and historical periods which the province of Trapani has passed through: Prehistoric times, the Punic, Roman, and Elymian eras and the late Middle Ages .

For those who wish to visit the Tower of Ligny, it is located at the western tip of the historic centre of Trapani, along a road that is closed to traffic in summer. Admission is free.