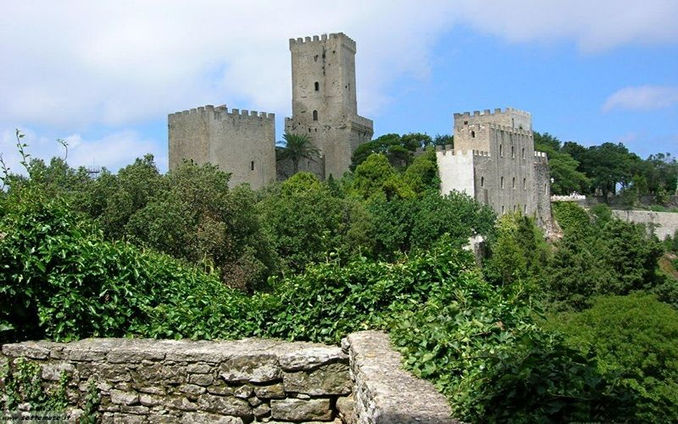 The Balio towers of Erice were once connected to the Castle of Venus by a drawbridge, and date from the Middle Ages, when they were built as an outpost of the military fortress. They were the seat of the Bajulo, a figure representing the authority of the sovereign, who performed the functions of civil judge and tax collector.

In the seventeenth century, one of the three Balio towers of Erice was demolished by order of a royal official, who feared that from the top of this building it would be possible to attack the inside of the square using firearms. It is possible to access the Balio towers of Erice by going up a flight of steps, from which you reach a doorway with an arch, where a plaque bearing the emblem of the Habsburg dynasty of Spain is affixed.

When the castle fell into disrepair, the Balio towers of Erice followed the same destiny falling into a complete state of abandonment. Then in 1872 a wealthy patron of Trapani, Conte Agostino Sieri Pepoli, made an agreement with the municipality of Erice, into whose hands the Castle of Erice together with the Balio towers had passed. This agreement provided the count with the right to a perpetual lease of the castle, which enabled him to provide for the maintenance of the castle and Balio towers at his own expense.

In particular he saw to the rebuilding of the demolished, pentagon-shaped third tower in its original style. The agreement also provided Conte Pepoli with the perpetual lease of the three Balio towers of Erice.