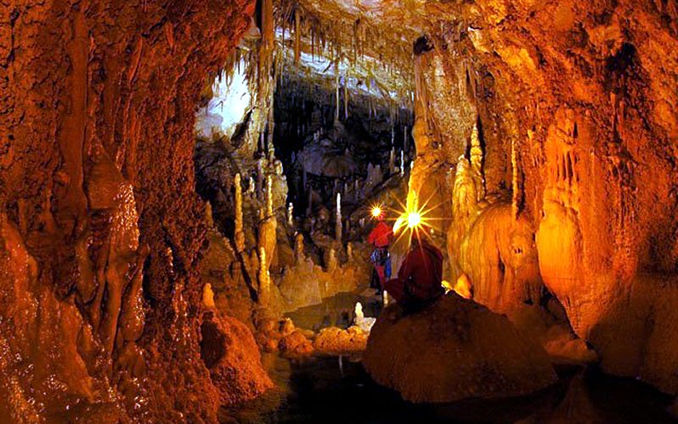 Overlooking the town of Castellammare del Golfo is a mountain, or rather a mountain range, called Mount Inici, which reaches a height of 1064m above sea level. In the Inici area fossils have been found, dating from the Middle Jurassic and Cretaceous periods.
The vegetation of Mount Inici does not flourish particularly well because of the rocky terrain, which is unsuitable for cultivation for agricultural purposes. The vegetation that we can find is of a shrub or herbaceous type.

The Monte Inici mountain range has several cavities and caves. One of these is the Grotta dell'Eremita - Hermit's Cave, also known as "Grotta del Cavallo" - "Horse's Cave", which extends for 4500 metres. Another cave is the Abisso dei Cocci, in which you can access galleries, halls, wells, lakes, stalactites and various kinds of soda straw and columns.

The mountain range of Monte Inici is indicated as SCI, which is an acronym for Site of Community Importance, and in 1992 the Department of National Heritage and Cultural Activities of Trapani, with the logistical support of Cai (Club Alpino Italiano), began a series of excavations in the Mount Inici caves, finding numerous artefacts such as needles, paints and simple household implements.

Although it seems that In Monte Inici, it is difficult for life to put down roots, over the centuries there have been human settlements which are still detectable today. In fact, in an area called Pizzo Stagnone, there is the remains of a barn, dating from the Roman Empire, later changed into a water tank with the domination of the Saracens.