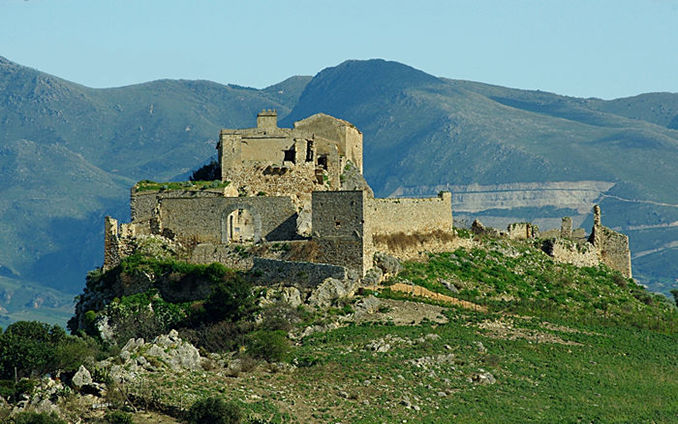 Another important monument, which can be reached from the A29 Palermo-Trapani motorway, is the Calatubo Castle, built between the eleventh and twelfth century. It was used in ancient times as a military fortress with the task of defending the town from any outside threats. After the end of its military function, also due to the depopulation of the village, the castle was abandoned to the elements and vandalism, and was even overlooked by scholars, who no longer devoted their attention to it, making it difficult to find documentary sources regarding the architectural aspects of the building. There is only one short monograph on the castle and this gives information regarding the site, which was collected mainly from documents kept in the episcopal archives of the Diocese of Mazara del Vallo.

In 1707 the land on which the castle stands belonged to the Baroness of Calatubo of the De Ballis family, having been passed down through inheritance. Donna Gaetana married Domenico Papè, from the family of the Dukes of Giampileri and Valdina; on his death the title of Calatubo was passed on to their children, and through the numeous inheritances over the centuries, the castle remained the property of descendants of the family Papè until 2007 when they sold it to the town of Alcamo for a symbolic price of sixty thousand Euro.

In more recent times the whole architectural complex was used as a farm, where an excellent wine was once produced, called, in fact, "Vino di Calatubo". In the 1960s the agricultural activity was abandoned and the architectural complex experienced another period of neglect and looting. It even became a shelter for sheep, until the 1968 earthquake caused further damage and collapse.