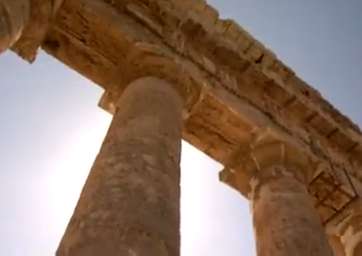 TOURISM IN TRAPANI PROVINCE ADVERTISING The province of Trapani has produced and distributed a 15-second spots to channel broadcasters in Northern Italy to promote tourism in the province of"> ... 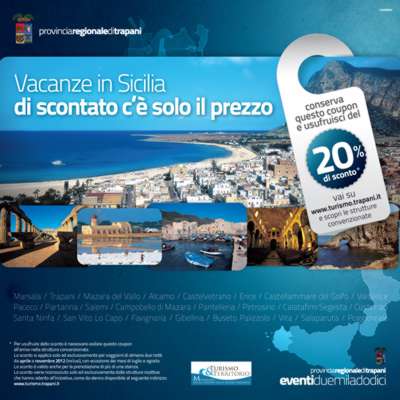 HOTEL-TRAPANI.COM WILL DISTRIBUTE THE 20 PERCENT DISCOUNT VOUCHERS The First Web portals, including the most famous www.aeroportotrapani.com and ... 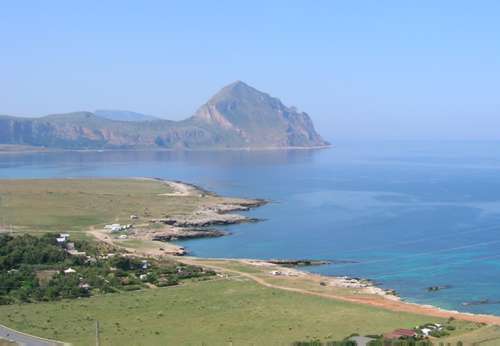 TRAPANI, LOW COST PROVINCE The Province of Trapani back to Milan. Even in 2012 the administration led by Mimmo Turano not miss the appointment with the Bit, the International To"> ... 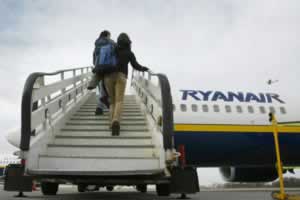 NEW FLIGHTS FOR LIPSIA AND BUDAPEST FROM TRAPANI AIRPORT Ryanair has officially announced two new routes from / to Trapani airport. The flight to flight to Leipzig and Budapest are in fact already booked on"> ... 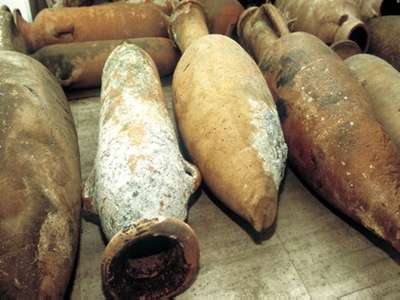 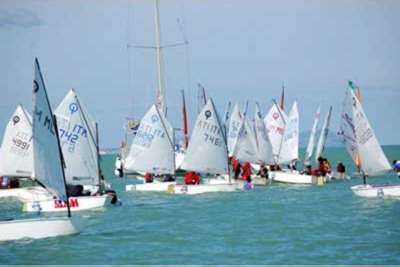 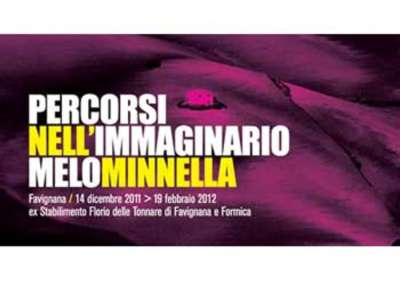 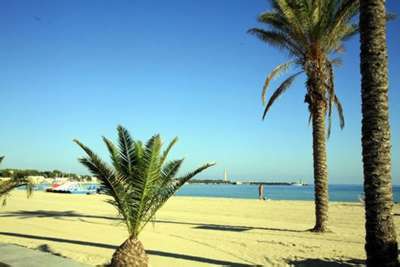 SAN VITO LO CAPO, A TOURIST DISTRICT FOR SICILIAN FOOD. The leitmotif of food and wine tourism qualified opportunity to promote the tangible and intangible assets of the entire region, architectural, enviro"> ... 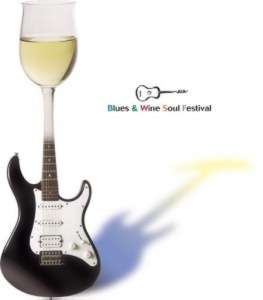 BLUES AND WINE SOUL FESTIVAL Soul and wine, along with traditional sweets, warm up for three days in Marsala Sicily with live performances (today and tomorrow, 20 and 21 January) "> ... 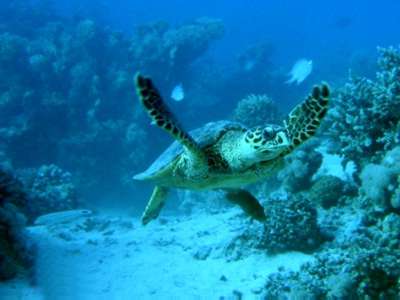 COMMISSION TO RESERVE THE MARINE PROTECTED Took place yesterday, January 16, 2012, in Favignana, the establishment of the Commission meeting of AMP Reserve "Egadi Islands", established by decre"> ... 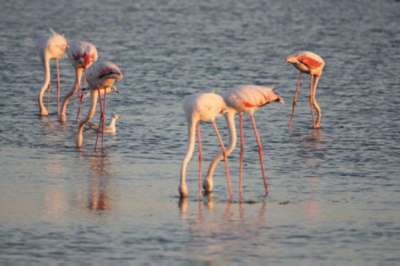 THE RESERVE IS IN GOOD HEALTH Two eagles are among the smaller birds sighted within the reserve of the salt pans of Trapani and Paceco during the annual census of wild aquatic crea"> ... 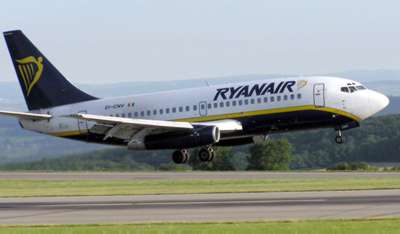 PAOLO ANGIUS IS THE NEW AIRGEST PRESIDENT After his resignation from the post of President of Salvatore Shadow dell'Airgest, the management company of the airport of Trapani announced that the"> ... 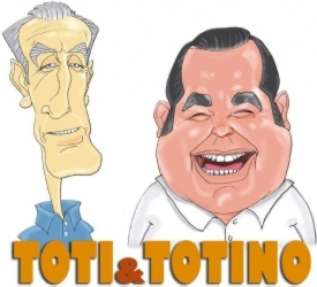 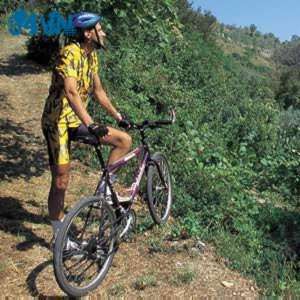 MOUNTAIN BIKE NATIONAL TEAM IN TRAPANI This morning news conference of the Italian National Mountain Bike with the national female athletes who have chosen the province of Trapani for train"> ... 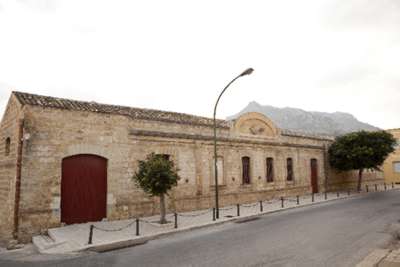 VALDERICE, MOLINO EXCELSIOR WILL BECOME 'MUSEUM OF TASTE' The Molino Excelsior Valderice aims to enter into a national network of food and wine tourism. The municipal government together with the Association "> ... 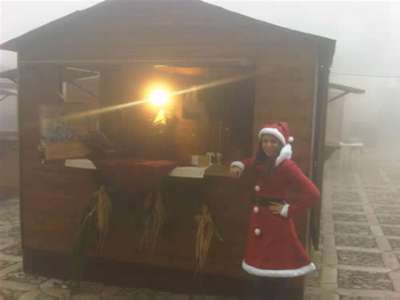 ERICE, LAST CHRISTMAS WEEKEND WITH MUSIC AND SHOPPING Final rush of the busy program of activities of the exhibition "EriCèNatale", sponsored by the City of Erice and the Foundation EriceArte that for mor"> ... 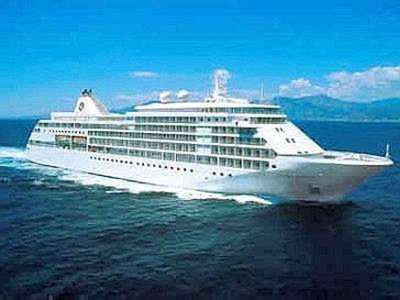 TRAPANI CLOSES ITS CRUISE SEASON WITH 108 BOARDINGS The port of Trapani ended the 2011 cruise season with a total of 108 airports, including those of Thomson Dream (Thomson Cruises) and Holland America "> ... 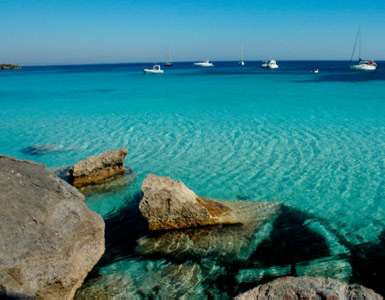 EGADI ON HOLIDAY Until Sunday, January 8 Egadi islands will offer a rich program tied to the Christmas holidays. The initiative, the brainchild of Monica Modica, Counc"> ... 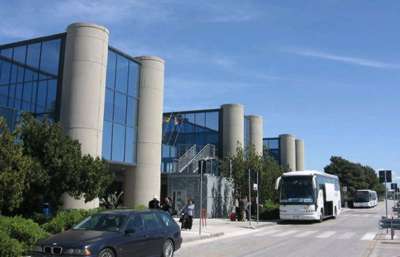 TRAPANI AIRPORT. HERE IT COMES THE APP TO SEE FLIGHTS A few days after the debut of the 'mobile' www.aeroportotrapani.com site, available in 5 languages ​"> ... 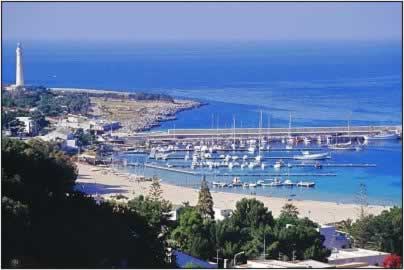 PORT IN SAN VITO LO CAPO WILL BE UPGRADED. Will restart works of excavation of the seabed of the port of San Vito lo Capo, which began last spring and stopped in conjunction with the tourist se"> ...